The Medication & The Journey 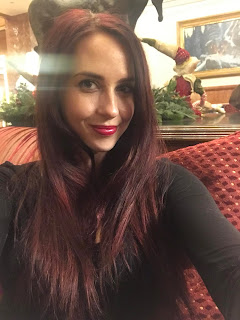 I have tried so many different medications.  It makes me sick.  Literally.  I have had the Keppra “rage”, nausea, dizziness, clumsiness, memory loss, loss of vocabulary, confusion, depression, anxiety, panic attacks, blood toxicity, and the latest; an allergic reaction that caused blisters to explode all over my neck, shoulders, and chest. This experience was not also gross, but resulted in me going cold turkey from my current medication: 800 mg of Aptiom. and going to the emergency room.  What a treat.  My doctor is telling me get off of the medication now!  The ER doctor is telling me don’t you dare!  He didn’t want me to have a seizure. I don’t know about you, but I’ve looked up blisters from seizure medication and after seeing Stevens-Johnson Syndrome, I never want to try another seizure medication in my life.  Look it up if you’re interested, but before you do I’ll warn you that most people that have it end up in the burn unit. Now I probably was being a little dramatic, but It looks like a nightmare!  Anyway, here I am back on disability, after just one and a half months after I returned to work.

As of today, my blisters are finally almost gone.  It took about a week of Prednisone, a topical steroid cream, and 150 mg of Benadryl a day, but it’s almost gone.  This latest adventure was just last week, but it feels like it’s been a month.  Stopping seizure medication cold turkey can cause some weird things, as it turns out. I knew it was coming. How can you stop taking 800 mg of mind-altering medication and not have any side effects?  This past weekend was the worst.  I was very lucky to have my best friend, boyfriend, and an actual support system, because it wasn’t pretty, and I’ve struggled with this on my own for far too long.  Oh, and of course, school started that week as well, and I missed my first class due to my brain not being able to keep up with life.  And, being the stubborn person that I am, yes, I decided to go to school after being diagnosed, because screw it!  I can do it too.  I can be in control of my life.

Going off the medication left me feeling freezing cold, dizzy, nauseous, and anxious like never before. I had panic attacks, deja vu, confusion, memory loss, vocabulary loss, uncontrollable crying, exhaustion, body aches, etc, etc. The third day without that medication was the worst. Withdrawals were quite unpleasant.

Now, even though most of those side effects have lessened, the tremors haven’t stopped, so I’m shaky all the time.  I am still so nauseous it’s hard to eat.  My anxiety has never been worse, and I still take 400mg of Lamictal a day.  But, I can tell it’s not enough, my body is freaking out and I don’t blame it.  Why don’t I just take more of it, you ask? Because that’s the epilepsy medicine that caused me to have seizures almost every day for about 8 months, due to blood toxicity. Apparently, I should’ve been in a coma I had so much of it just soaking in my system. I had been taking it for years, but my Neurologist at the time never did any blood work, and I was too busy with work and school to really think about it.  I preferred being in denial that I had seizures at all.  I didn’t want to try a new medication because I had already had such bad luck, and seizure medication is really dangerous, obviously.  But alas, I was having seizures day anyway, so I decided to go to a specialist, and thank goodness I did. That was earlier this year, and lasted for 4 months. The medication trials had begun!


First, let’s take a look at one of my previous medications that had been prescribed to me after my first Clonic-Tonic due to, of course; anxiety, and the fear of being in public: Lorazepam 1mg x3 daily.  I never really took it because I would always forget.  But, recently I take it, and have had to double my dose.  At least it helps a little bit.  Having a seizure is on my mind 100% of the time I’m awake.  I’m just waiting to have a big one.  I’m horrified in fact, but not as scared as I am of trying a new seizure medication.

My Doctor just recommended a new one that had me panicking for days after I looked it up: Vimpat.  It took me a while to gather the courage to tell her I wouldn’t take it.  I was worried she wouldn’t support another leave of absence if I said no.  But: NO.  Will the side effects ever stop?  When I read people’s blogs or comments it seems like all the answers are, you’ll never feel normal again.  Of course the first side effects that this very-new-to-the-market pill had were blisters, rash, yellow eyes, rapid weight gain, worse panic attacks, worse anxiety, and we’ll stop there.  No!  This cannot be my life.  I can’t do it.  I can’t try another one and continue being poisoned in some way or another.  What do I do?  What can I do instead?  This is a nightmare.

I talked to my sister briefly about what I was going through. She said asked if I could try CBD. But I already had…kind of. I tried the Advanced Plus Charlottes Web for two months. My doctor helped me get a Hemp Certificate from the state so it would be legal for me to take CBD or THC, since medication has been such a failure. She was worried it wouldn’t help everything, but instead just be an add-on. I thought that was fine. The anxiety alone is debilitating, and maybe it’ll help with that. Then I wouldn’t have to take Lorazepam, so that would be one less pill to take!

Let me mention that I live in Salt Lake City where CBD/THC isn’t legal yet. The certificate was $200, but at least I won’t have to worry about going to jail! But the tincture wasn’t helping my anxiety, and I didn’t know if it was helping at all, so I just stopped taking it about a month ago.  I’m going to use the rest, why not, I’m desperate.  It’s just so expensive.  I probably gave up on it too easy.

But, back to my sister.  She mentioned trying to find someone that would sponsor me on a "CBD journey" as she put it.  Who would do that?  How do I do that?  I’m nothing special.  I’m successful enough and a good student, but I am nobody that anyone really knows or looks up to.  I’m not MMA, the current people being sponsored by these companies.  But I’m desperate. I'm freaked out.

So, I look on Instagram.  I look on LinkedIn, and Facebook. I start emailing people a miniature version of my story.  Anyone that knows anything about seizures knows that not being on medication, enough medication, or the right medication is not a good idea.  I ask them for help.  Please help.  I ask them for any advice, because even that would be help enough.

On the same day I get an email from Pure Spectrum CBD, from the assistant of the CEO. She emails me and tells me that she and the CEO had gone over my email and wanted to help. What?! I could cry. I do cry. They are sending me a bottle of their highest concentration and also some CBD Isolate.  All for the simple exchange of giving them my feedback.  How am I this lucky?  She said it would just take a week to get to me.  Oh my god, someone is trying to help me. A company that owns the farms that they get the CBD from.  A legit company. Someone with a boss who is beyond compassionate.  I can’t wait to get it.

I finally called my Epileptologist yesterday and told her I don’t want to try another pharmaceutical medication, and that I had a CBD company sending me an alternative medicine.  She knows it takes months to see if CBD will help, so I hope she’ll continue to sign my disability forms.  I don’t know if this will help any of my seizures, but I hope it will. That is another one of my stressors right now.  A huge one.  I might get my disability request rejected, lose my job, and my insurance.  But there is absolutely no way I could work right now.  I’m basically taking nothing to stop these seizures, just enough to keep them slightly at bay. But my long-term health is more important whatever the short-term ends up looking like.

I really hope my doctor will support me though. I really can’t afford to do this on my own.